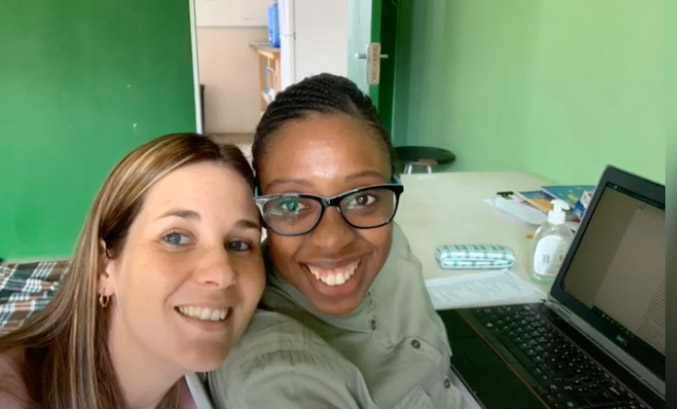 Many have tried, unsuccessfully, to climb the mountain of learning a new language. While in theory, we can all agree on the value and have great intentions, there seem to be major stumbling blocks working against us. Perhaps understanding what some of those stumbling blocks might be, and realising that you are not alone in these challenges, is the kick up the butt you need to tackle that mountain again.

I mentioned in another article, the value of necessity when learning a new language. The truth is that it’s been the ‘lack of necessity’ that has hindered the development of a truly multi-lingual society because if your very survival in this country hinged on you speaking another language, you would, in fact, speak one. It’s just that you don’t have to, you can get away without it, which is often our ‘good excuse’.

This is when the speakers of other languages need to step up and start enforcing their language.

It might be easier to avoid these awkward and forced conversations, but by coupling it with a person, a time of day or an activity you can artificially create the necessity and environment you need to learn a language.

Have a buddy at work who speaks another language?

Ask him to only speak to you in his/her language around the coffee bar, or while out for a run. Pick a time of the day (for example 4-5 pm) and do not speak anything but that language, or decide that while you bath, you’re going to go through all the words and sentences you possibly can.

By forcing yourself into “having to” speak, you will get better.

It goes for just about anything really: you know you need to exercise and eat right, but it’s not until the doctor says you’re going to have a heart attack that you actually make the necessary changes. Humans need necessity to motivate us. We should use this to our advantage when it comes to language learning.

Another stumbling block is our own inhibitions and the fear of looking (and feeling) stupid.

We’re not exactly sure when this ‘cool factor’ kicks in but in our own research we’ve seen it show its ugly head around age 9yrs. No-one likes to feel stupid, and when you are learning a language you feel stupid for a really, really long time – and that can be discouraging. But you shouldn’t be discouraged – it took me two years of looking, feeling and acting like an idiot in Beijing before my new Chinese world began to make some sense around me. It’s a long term goal and as adults, we have the advantage because we can keep the big picture in mind, even when the days are long. Remember, as a child, you took between 2-4years to begin mastering your first language, so you’re not going to become proficient in any language overnight.

Kids under the age of 8yrs old are great at this though. They don’t mind getting things wrong. My toddler is not discouraged when she says “No throw it” instead of “Don’t throw it” – she can make herself understood, and it’s OK that she doesn’t have it perfect. Adults often want to have it all right before it comes out of our mouths, or understand everything before we even try. But children don’t. They are happy to try and get it wrong. We should take a page out of their book in this area.

Having reasonable expectations – that is essential to setting yourself up for success.

And to help with that we need to debunk the myth that your second language ability needs to be as good as your first. Did you know that more educated people find it harder to learn additional languages? Because they are so focused on being as grammatically correct as they are in the first language, that they never actually get around to saying anything in their second! Language is not a linear exercise where you are able to say exactly the same thing across various languages.

A language is a tool, and how you get the message across is less important than the fact that you do. Don’t judge your proficiency to converse in a second/third language based on your first language because then you will always be falling short, which is never a nice feeling, and you are less likely to persevere! Rather, be willing to master the language within certain contexts, and take it as a win when people understand you, even if it wasn’t perfect.

Raise your expectations – wait, what?

I know I just said that having high expectations of yourself (or your child) in a new language is one of the biggest hindrances, but so are low expectations of what people can achieve – especially children. We dumb them down to just being able to say one or two words and then applaud them endlessly when they do; when instead we should be raising the standard for all of us to have longer, more meaningful conversations about a range of topics, in a new language.

Your brain, and that of your child, has a phenomenal capacity for learning and retaining language – we should not underestimate that potential. Much has already been written about this when it comes to literature – that reading complex classical literature to a child from a young age, while difficult to understand at first, sets them up for better reading and writing in later years.

By comparison, children only exposed to short sentences with no imagery or complexity are starved of the literary genius they may have had if they had been exposed to better. Let’s give our children a challenging diet of language acquisition, because even if they don’t reach that level, they will do better than if we’d just settled for “hello” and “goodbye”.

It’s also difficult to tackle a language when there is no cultural ‘hook’ or ‘in’. Language and culture are intricately linked. To learn a language, even smatterings of one is to embrace a culture, a people group different from your own, and we often don’t make the effort with a new language because we do not fully understand the culture behind it.

This is not the case with a bilingual family, where each parent speaks their one language to a child, informed by their own culture. In this case, a child feels included in the identity/culture of each language because their parents are the doorways to that identity. Grandparents, cousins, stories from when their parents were younger all reinforce this cultural identity in a language. However, when you are picking up a language for the first time, you lack the identity as driving force behind your language learning (unless of course your motivation was because you found a girlfriend/boyfriend who spoke that language, then your motivation would be off the charts!) This is not an easy fix like some of the other stumbling blocks mentioned previously: you have to be externally motivated to persist in your language learning efforts, and as much as possible, embrace the culture of the language you are learning. Whether that means trying new foods, music styles, places to hang out, finding a way to use and interact with this new language will be important.

And finally, the one thing that children have on their side when it comes to language learning is not (as many believe) a smarter brain or greater capacity for language learning, but in fact time. If you have any time off in your not too distant future, then take the opportunity to learn a new language.

These opportunities of unhurried time are gold when it comes to language learning and there is no short cut around putting in the time. You can’t learn a language in a week, and it takes many repetitions before you see any progress. But time, and consistency, is what will pay off in time.

Looking at all the many reasons why language learning is hard, and often unattainable, might put you off or discourage you altogether. But it is my hope that now you know what you’re up against, you will rise to the challenge of overcoming these various obstacles. The world needs more people who are willing to cross the divide that separates us.

Who can do hard things, persist in them and not give up? This is the example we want to set for our children, who will look to us to take the lead. Let’s all pursue the noble cause of validating another human being on a daily basis, and encouraging our little ones to do the same.

Articles you should read