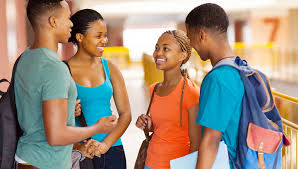 “I just want to be conversational” is a phrase we hear a lot when it comes to language learning. The just in this sentence implies that to get conversational is easy, and requires a shorter time commitment. But I want you to know there is no logic to this statement, nor is there any truth to the premise that conversational language is somehow easier than other language. Language is conversations: many, many conversations, about a range of topics, with a range of people over different settings, and time frames. Conversation is language, and to become ‘conversational’ is to become fluent.

A funny story here. My husband – very smart guy – speaks 6 languages and one of them happens to be one of the hardest you can learn: (Mandarin) Chinese. He has spent almost 20yrs learning this language, he did a year of his MBA in this language – he can read, write, negotiate business contracts, and live and work without any issues in China. He understands the culture, can identify the tones, and sounds very authentic – ask any Chinese person. You would most certainly say he was beyond conversational level.

Yet when I had my first-born child at a Chinese hospital in Beijing, he was quite useless to me. At my first appointment, the nurse asked “你最后一次月经是什么时候？ – and he had absolutely no idea what she was saying! I on the other hand, knew exactly what she was asking. Little old me, with my basic level of Chinese. Never studied formally, with my vocabulary only extending to bartering, swearing at taxi drivers, wild gestural movements and vague sounds to convey meaning. Yup, I knew right away the conversation we were having. Any woman could have guessed that the first question the nurse asked me following a positive pregnancy test would have had to have been…When was your last menstrual cycle?

Language learning is not linear, which is what so many people think. You do not progress from one end of the spectrum to another: the beginning being basic conversation and the other end being fluency in the language. It doesn’t work that way. Language learning is more like pockets of learning/familiarity. Initially you have a small pocket – which extends to communicating directions, finding the restroom, ordering a meal. If you stay in those circles you get fluent within those settings, and people who saw you speaking might consider you fluent in all of that language. But they would be wrong. Because like my husband, out of your pocket of language – you would be lost.

When I tell Chinese people that my children speak Chinese, in a real boastful-mom kind-of-way, they immediately turn to my youngsters and rattle off in their language a string of vocabulary out of the blue. When my now-terrified children simply stare with their mouths open like cod-fish, the native speaker will simply dismiss them as having no Chinese language ability at all. All native-speakers do it. Yet the level of my children’s language ability in Chinese should not be measured in that moment, any more than my gourmet cooking should, at the end of a long day with empty cupboards and a house full of hungry toddlers! But just watch them interact with their Chinese teacher about what they did over the weekend, or write their name in characters, or correct someone’s pronunciation of the word ‘fish’. They. Are. Amazing. And yes, conversational – in their own little pocket of the classroom. Later in life they may extend their pockets to studying medicine in Chinese, or teaching Chinese in Australia, or living and working in Beijing. Then their pockets would grow wider, and there would be more of them. They will not know everything, but they will be conversational in some things. And that is the goal.

And so I make my point. There are many, MANY conversations to be had in a language: Conversations about your family, your profession, the weather, business, pop-culture, history. The list is endless. And it is highly unlikely that you will be conversational in all of them. People say all the time about second/third languages, “I’m conversational” – really? About what conversations exactly, with who can you converse, are you really happy having a conversation with any person in that language – an art curator? The president? Your mother? Very, very different conversations happening here. Very different vocabulary.

I get what well-meaning beginners are trying to convey when they say ‘I want to be conversational’ – they are saying they do not want to learn medical technology in a foreign language, or be able to debate the news: they want to get-by. But my recommendation is that you specify just what ‘getting by’ means to you – does that mean being able to talk to colleagues about work? Or eavesdrop on a conversational about someone’s family drama? Is it greeting the petrol attendant or cashier, or is it preaching the gospel? If you can identify the ‘pockets’ of language you want to be conversational in, you cut out every other measuring stick against your language ability (or lack thereof) and you focus on the areas you want to grow in. Then – you will see progress.

We do this with our ZuluMites Makers and Sport classes – we give kids 3 different ‘pockets’ or areas of the language where they can become fluent in: the kitchen, the preschool classroom and the sports field. Our goal is to create conversational kids in these areas. They will greet, they will be able to play and interact with (new isiZulu) friends in games, they will be able to understand how to play a soccer match with a bunch of African boys, they will be able to go into a person’s kitchen and help with making a meal. We cannot teach them everything, but we can teach them something. And hopefully as their pockets extend to new areas of exposure, they will use the foundations they learnt in our sessions, to acquire the vocabulary and grammar required to be conversational in other areas.

This all comes with practice though, and time. And this is the hardest pill to swallow about language – it’s hard and there are no shortcuts. My husband is still learning new things in new languages even after decades as a scholar. Because each conversation he has, brings with it the opportunity to learn. Don’t aim to be conversational, aim to never stop learning.