Compelling research and the benefits of multilingualism 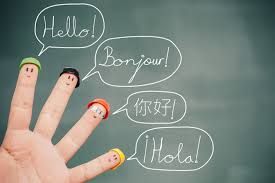 We are a monolingual family speaking only English in our home, however, having travelled extensively and lived abroad for many years we have seen first-hand the unique benefits that multilingual people have, particularly the children of multilingual families, and desperately wanted that for our own children.

Inspired by a book called ‘Growing Up In Three Languages’ written by Dr Wang Xiaolei, a Chinese linguist married to a Swiss French man and living in USA – we have followed the principals she lays out in the development of her own children’s language abilities, and endeavoured to create an environment (and people) where they could gain the exposure and input that was needed to become trilingual.

Language is a living thing; it cannot be separated from our day-to-day activities.

Language learning does not need to compete with other activities; it should accompany the activities that children participate in so that it is learnt simultaneously and in conjunction with what the children do. This is the way that LinguaMites approaches language acquisition: pre-school education and the relevant activities remain the focus but the language in which they are done will be different depending on which class they are in.

The benefits of learning multiple languages extend far beyond the mere ability to communicate in a particular language. Linguists and child development experts the world over are in agreement that children who learn more than one language in their formative years develop cognitive skills that enable them to outperform their monolingual peers in areas such as: Divergent thinking, Mental flexibility, Abstract thinking, Creativity, Memory, Problem Solving, Learning ability, Confidence and Social skills. These are just a few of the studies that support this argument:

Let me use a practical example to demonstrate how being multilingual can open up the mind of a child to more advanced thinking patterns: In a monolingual (one language) child, the relationship between an object and it’s name are fixed i.e. the word ‘cup’ and the object cup are one in the same. In a multilingual child however, they realise from very young that a cup is an object in a certain shape that it is used for a certain purpose but the word ‘cup’ is just what it is called in English. It can be called ‘komishi’ if you happen to be speaking isiZulu and 杯子 if you are speaking Chinese but the ‘name’ is not the object itself. Can you see how the multilingual child has access to a much more abstract, divergent and creative thinking process due to this simple insight into the relationship between words, thoughts, ideas and objects.

Researchers in Hungary carried out a test to see how early the benefits of being multilingual would manifest in babies. They took a sample of babies under one year from monolingual and bilingual homes; they said something in a language foreign to the child and each time the phrase was uttered a puppet would pop up at a certain place. All the children (monolingual and bilingual) quickly caught on to the game and as soon as they heard the phrase they would all look for the puppet in the place they expected it to appear. However, when they changed the phrase slightly, the children from bilingual homes would wait to see what happened, whereas the children from monolingual environments would look at the same spot as they had done before. This proves that children are already learning language patterns long before they can speak, and multilingual children have an increased sensitivity to the rhythms and patterns of speech than their monolingual peers.

A university in Israel assessed the creative abilities of 4 and 5 year old children by asking them to draw pictures of plants or houses that did not exist. They found that the bilingual children came up with far more interesting and developed concepts than their monolingual peers. Other research that supports this can be found here.

Cultural understanding and sensitivity are critical for success in South Africa; also, as the world economy becomes more intertwined, South Africans will need to become better at working with people from diverse cultural backgrounds. The emotional intelligence required to effectively engage with people that have different values, priorities and ways of doing things can be greatly enhanced if, as a child, you have been exposed to people from different cultures and languages, see further research here.

It’s no secret that multilingualism has only positive effects on a child’s brain, and is something worth striving for in your own family. Getting it right though is the hard part, and this is often where parents do not know where to turn.  ZuluMites aims to be a resource for families in Johannesburg who endeavour to raise multilingual children.